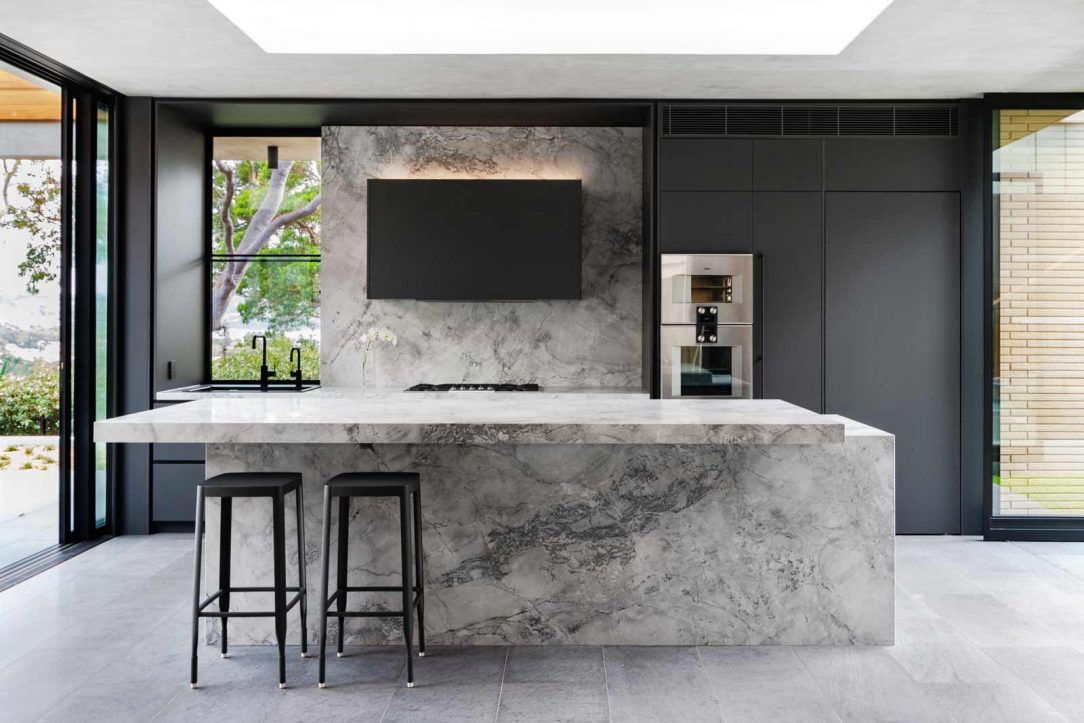 This amazing kitchen was completed as part of a knockdown-rebuild project by architectural practice Chrofi. For the redesign of the home’s 50-year-old kitchen, the homeowners requested an open-plan, minimalist space that would be functional & suitable for entertaining.

They also wanted an extra-long showpiece island benchtop that could house two dishwashers, a bar fridge and storage drawer, without any join lines on the benchtop. This was a challenge as the chosen stone slabs came in a maximum size of 3 meters. The solution was a cantilevered top, to offset the wider base on the island. The benchtop was so big and heavy that it couldn’t be lifted by hand as usual so instead was lowered from the street by crane into the house.

Matching stone was used for the splashback, to add continuation to the design. The black Zip tap with instant chilled, sparkling and boiling water quickly became the owner’s favourite kitchen item.

This kitchen’s hidden butler’s pantry is among its standout features. The homeowners wanted to keep the main kitchen clear of power points, cords and cables, so all appliances are housed in the butler’s pantry. That leaves the front end of this stunning kitchen neat and clean at all times.

Other custom made joinery included 3 bathroom vanities, a TV unit with stone top and a storage cupboard with internal shelving.